①  What is groundwater and why is it important?

②  What is a fault and how do they affect groundwater?

③ What is the Champlain Thrust and why is it special?

④ Who is working on the Champlain Thrust?

⑤ Where is the site located and can I visit?

What is groundwater and why is it important? 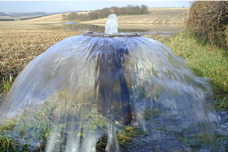 What is a fault and how do they affect groundwater? 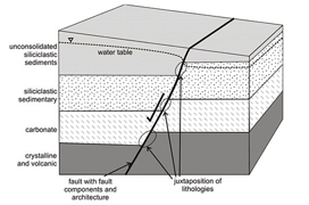 Fault zones are geologic structures where two rock masses have moved relative to each other. Fault zones are known to have a dominant impact on regional groundwater flow paths, quantity and quality. Therefore, determining the properties of fault zones is very important for understanding subsurface fluid flow in these areas. Despite its importance, the impact of faults on fluid flow patterns is often poorly understood. Faults can act as conduits or barriers to fluid flow, with most faults displaying aspects of both. However, fault zones are highly diverse and complex, varying temporally and spatially within different geologic environments. Combined research by structural geologists and hydrogeologists is needed to grasp a better understanding of fluid flow patterns in fault zones.

What is the Champlain Thrust and why is it special? 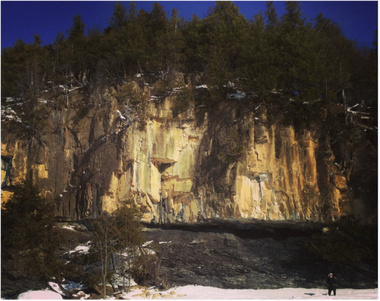 The Champlain Thrust fault zone is a unique geologic site, serving as one of the best exposures of a thrust fault in the Appalachians. No prior research on the hydrogeological properties of this fault zone has been completed.

The Champlain Thrust fault extends from southeastern Quebec to the Catskill Plateau in east-central New York. The Champlain Thrust is a thrust fault that developed during the later stages of the Taconian orogeny of Middle to Late Ordovician age. Approximately 1 km of the Champlain Thrust is exposed on the eastern shore of Lake Champlain, Lone Rock Point, Burlington, Vermont. Here, the Lower Cambrian Dunham formation overlies the Middle Ordovician Iberville Fm. The Dunham Fm. is composed of buff, pink mottled or light grey, massive to poorly bedded dolostone. The Iberville Fm. is composed of dark-grey shale. Within the shale, numerous calcite veins are present, highly contorted due to shearing.

Who is working on the Champlain Thrust? What kind of work is being completed?

Research on the Champlain Thrust is being completed by the combined efforts of the Vermont Geological Survey, University of Vermont and McGill University.

Where is the site located and can I visit?

The field site is located at Lone Rock Point, Burlington, Vermont.  Turn right onto Rock Point Road and follow the signs to the Bishop Booth Conference Center (marked by the blue star). You can park in this parking lot. The field site is shown by the red star. Visits are welcome! 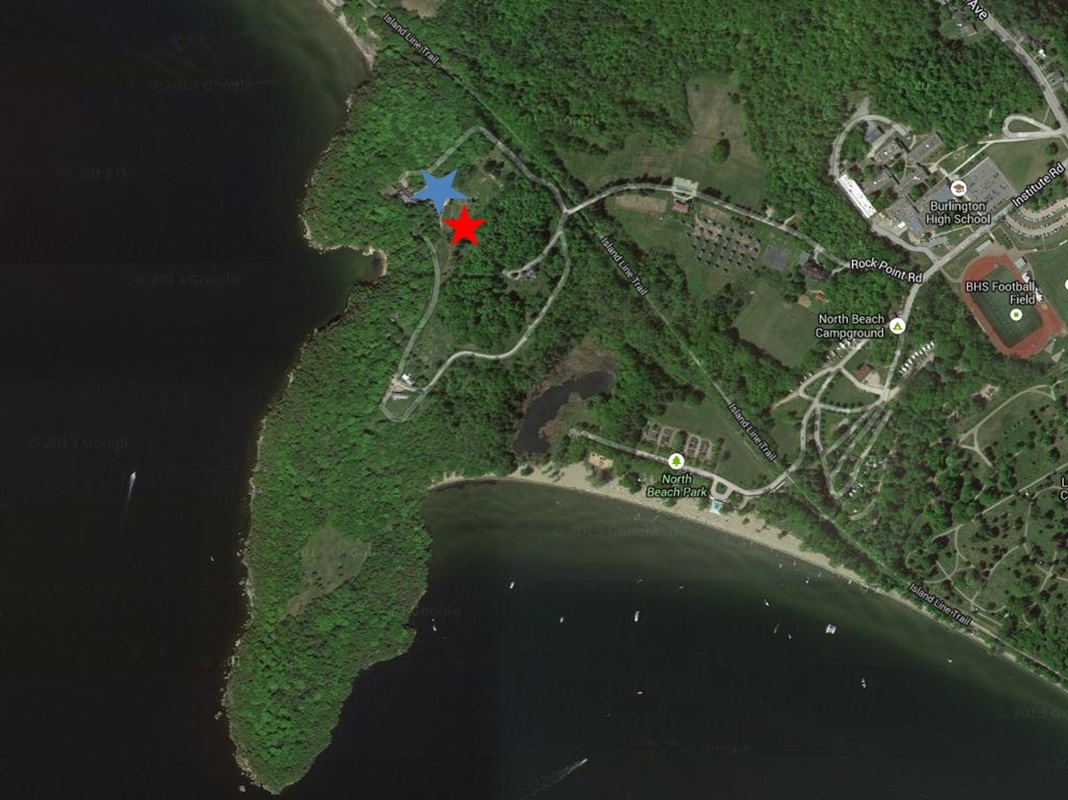